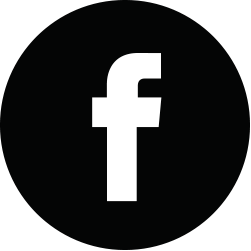 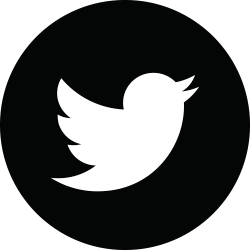 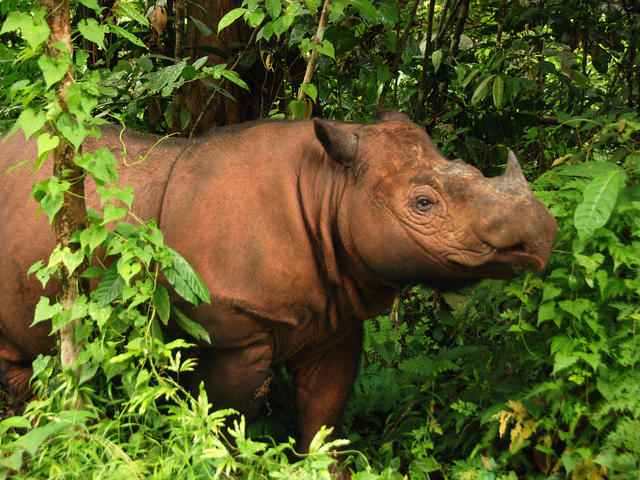 ​​​​​​​​​Rhinoceroses are large, herbivorous mammals identified by their characteristic horned snouts. The word "rhinoceros" comes from the Greek "rhino" (nose) and "ceros" (horn). There are five species and 11 subspecies of rhino; some have two horns, while others have one.

Because the animals' horns are used in folk medicine for their supposed healing properties, rhinos have been hunted nearly to extinction. Their horns are sometimes sold as trophies or decorations, but more often they are ground up and used in traditional Chinese medicine​​​​​​​. The powder is often added to food or brewed in a tea in the belief that the horns are a powerful aphrodisiac, a hangover cure and treatment for fever, rheumatism, gout and other disorders, according to the International Rhino Foundation​​​​​​​. 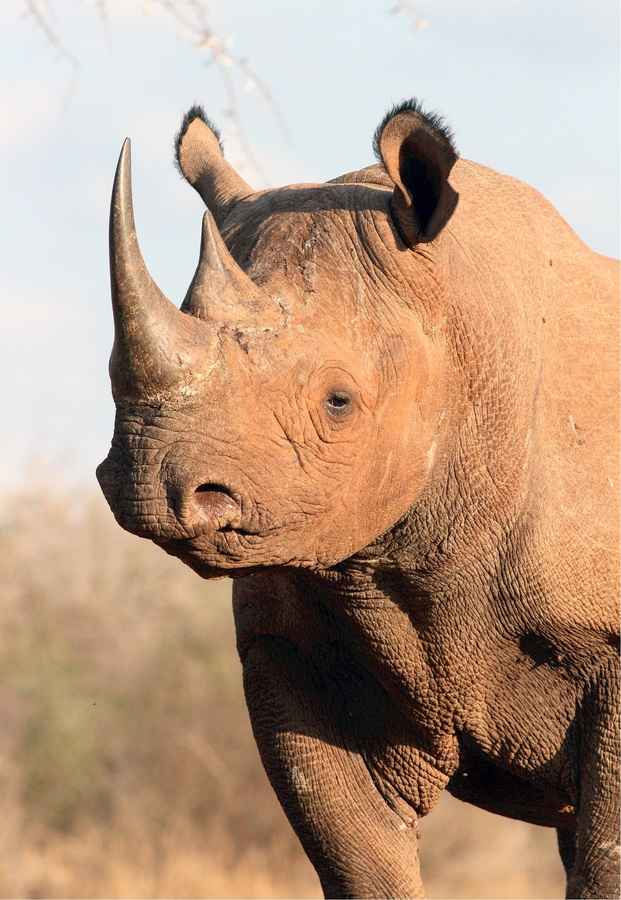 Save the Rhino estimates that there were 500,000 rhinos across Africa and Asia at the beginning of the 20th century. Today, the group says, there are 29,000 rhinos in the wild. Poaching and loss of habitat have put all rhino species in danger of extinction. [Related: 2013 Was Record Year for Rhino Poaching in South Africa​​​​​​​]

According to International Union for Conservation of Nature's Red List of Threatened Species​​​​​​​:

In 2009, four northern white rhinos were moved from a zoo in the Czech Republic to a private conservancy in Kenya in the hope that they would breed, according to the IUCN. On Oct. 18, 2014, Ol Pejeta Conservancy​​​​​​​ announced that one of them, one of the last two breeding males, had died. He was not a victim of poaching, however, and the conservancy was investigating the cause of death.

There are now only three northern white rhinos left in the world, all living in captivity, according to the World Wildlife Fund​​​​​​​. The captive northern white rhinos include a male (named Sudan) and two females — Najin and Fatu — all of which live in the Ol Pejeta Conservancy in Kenya. The two females are incapable of a successful pregnancy: Najin is too old and issues with her legs make it impossible for her to support the weight of a mounting male; Fatu has a uterine condition that will likely keep her from breeding, according to experts.

With natural breeding attempts nixed for the northern white rhinos, conservationists have turned to in vitro fertilization. However, IVF in these rhinoceroses comes with its own set of challenges, including figuring out how to get immature eggs to develop outside of the female's body and also how to inject sperm into these eggs.

As for the Sumatran rhinos, they are hanging on by a thread as well. Along with the Javan rhino, Sumatran rhinos are barely hanging on in the wild. They went extinct in Vietnam in 2010 and in Malaysia in 2015, according to the International Rhino Foundation. Small populations of the subspecies survive in three national parks in Sumatra. And in March 2016, conservationists captured a live Sumatran rhinoceros​​​​​​​ in the Indonesian part of the island of Borneo for the first time. Though a camera-trap image snapped in 2013 revealed Sumatran rhinos did survive in this region called Kalimantan, the capture of the female marked the first time in 40 years that humans had physically contacted a live Sumatran rhino there.

Rhino horn is made of keratin, which is also the key component of human hair and fingernails. But the horns are not just dense clumps of hair. CT scans have shown dense mineral deposits of calcium and melanin in the core of the horn. The calcium makes the horn stronger, and the melanin protects it from the sun's UV rays, according to scientists at Ohio University.

The horns are similar to horse hooves, turtle beaks and cockatoo bills, said Tobin Hieronymus, an OU doctoral student. Rhino horns tend to curve backward, toward the head, because the keratin in front grows faster than the keratin in the back, Hieronymus told Live Science. The outside of the horn is rather soft and can be worn down or sharpened after years of use, according to the San Diego Zoo. If a horn breaks off, it can gradually grow back.

How big are rhinos?

Rhinoceroses are herbivores, which means they eat only vegetation. The type of vegetation they eat varies by species. This is because their snouts are different shapes to accommodate different types of food, according to National Geographic. For example, the black rhino eats from trees or bushes because its long lips allow it to pick leaves and fruit from up high. The white rhino has a flat-shaped snout that lets it get closer to the ground for eating grass.

HOW BIG ARE RHINO? 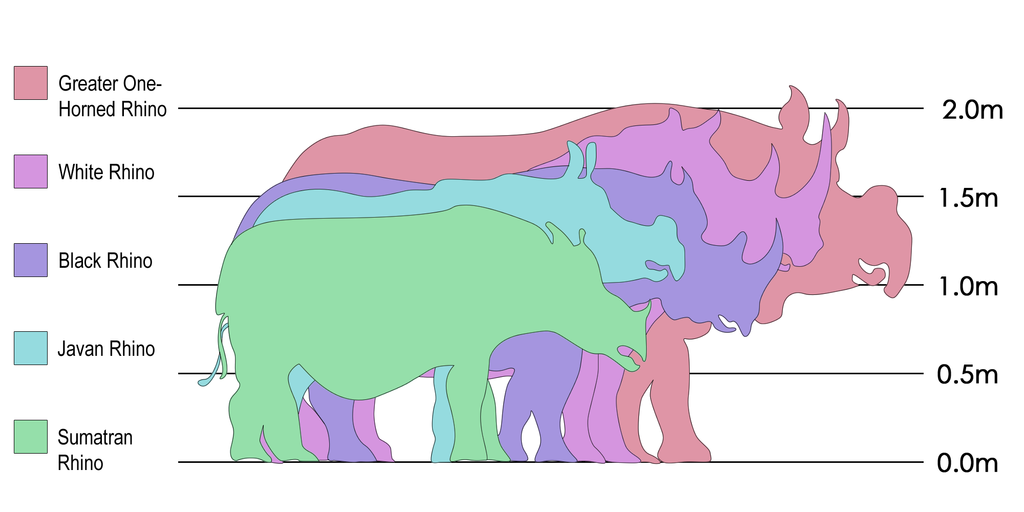 Every two and a half to five years, a female rhino will reproduce. Female rhinos carry their young for a gestation period of 15 to 16 months. They usually only have one baby at a time, though they do sometimes have twins. At birth, baby rhinos, which are called calves, are still quite big, at 88 to 140 lbs. (40 to 64 kg), according to the San Diego Zoo.

At around 3 years old, the calf will set out on its own. A rhino can live up to 45 years. 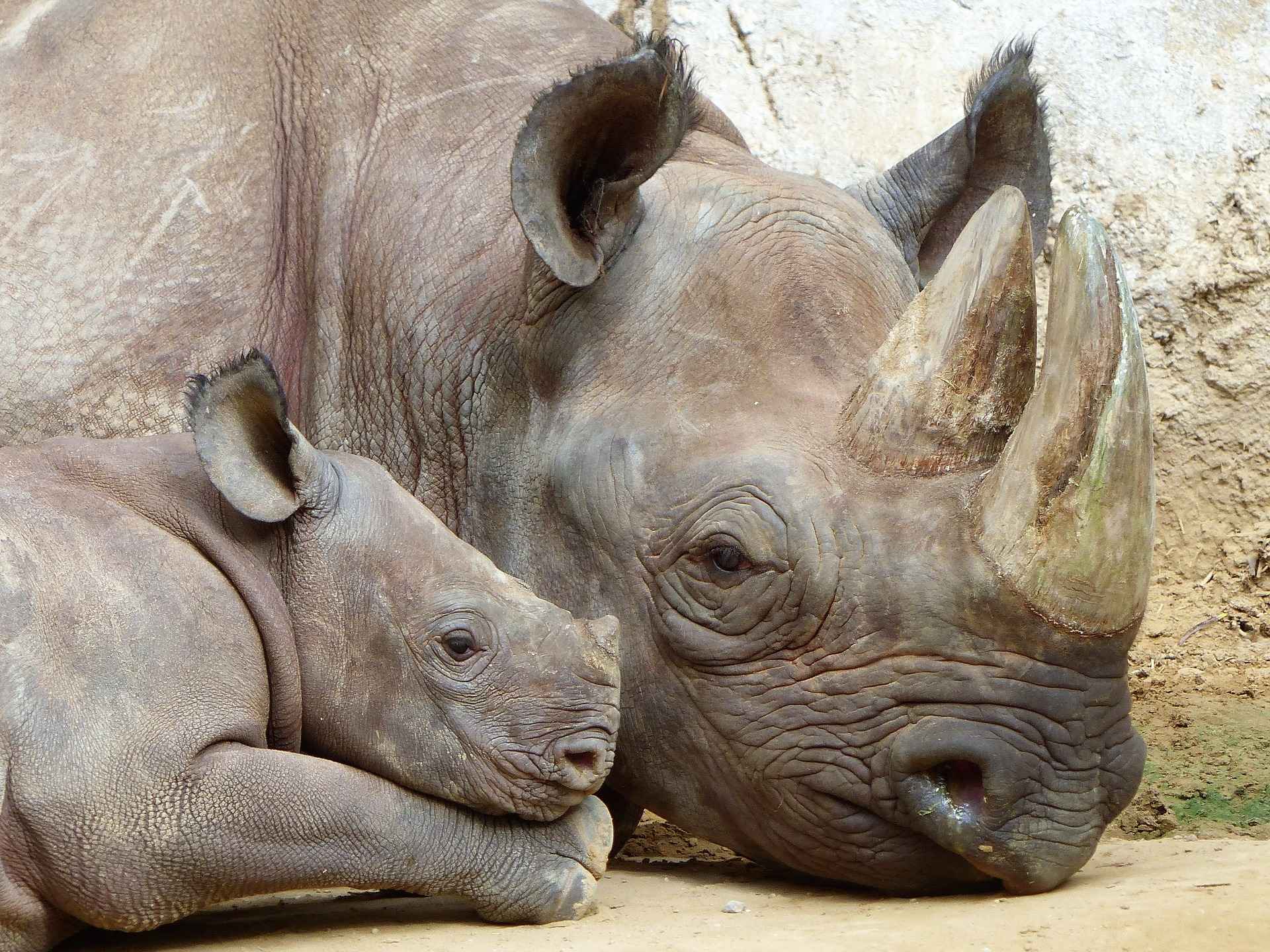 Fewer than 250 Sumatran rhinos (Dicerorhinus sumatrensis) are left in the wild.

Credit: Copyright Save the Rhino International

Though rhinos don't often hang out with each other, they do hang out with birds. The oxpecker ​​​​​​​will sit on a rhino's back and eat the bugs that crawl on the rhino's skin. That's not the only thing this bird is good for. When danger approaches, the bird will call out, warning the rhino.

When rhinos are happy, they make a loud "mmwonk" sound with their mouths.

Black rhinos are not actually black, according to the International Rhino Foundation. They probably got that name from the dark, muddy soil they like to wallow in or to distinguish them from white rhinos.

Poachers also value rhino horns for making ornamental dagger handles called jambiyas​​​​​​​, according to Save the Rhino. This type of handle became a status symbol in Yemen in the 1970s and '80s, fueled by the oil boom, when more people could afford luxury items. Jambiyas can be made from precious metal, buffalo hide or plastic, but those made from rhino horn were considered the "Rolex" version. Save the Rhino reports that this use of rhino horn has accounted for fewer poaching incidents in recent years.

The woolly rhino​​​​​​​ died out about 10,000 years ago. Fossils have been discovered throughout Europe and Asia, according to the International Rhino Foundation. Early humans hunted these animals, and they were depicted in paintings on cave walls in France 30,000 years ago.

Rhinos spend their days and nights grazing and only sleep during the hottest parts of the day. During the rare times when they aren't eating, they can be found enjoying a cooling mud soak. These soaks also help to protect the animals from bugs, and the mud is a natural sunblock, according to National Geographic​​​​​​​.

Though rhinos are often solitary, they do occasionally form groups. Called crashes, these groups are made up of a female and her offspring. A dominant male rules over an area of land. The male will allow some sub-dominate males to live on his territory. Females roam freely around several different territories. 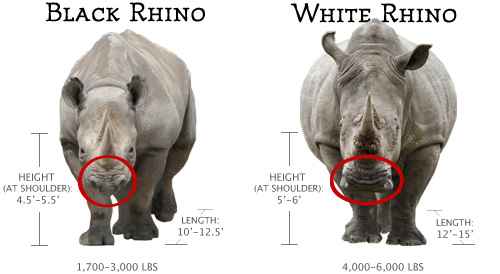 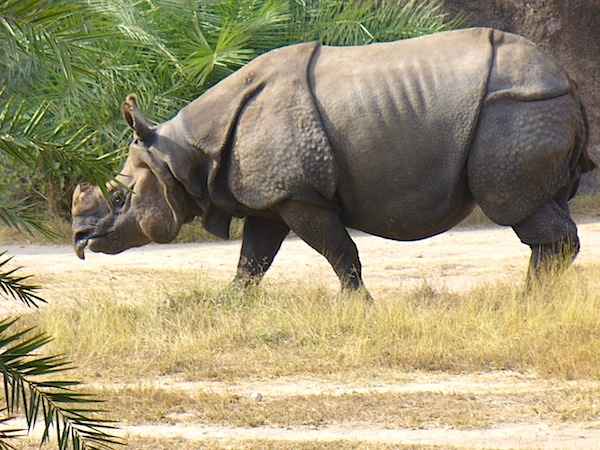 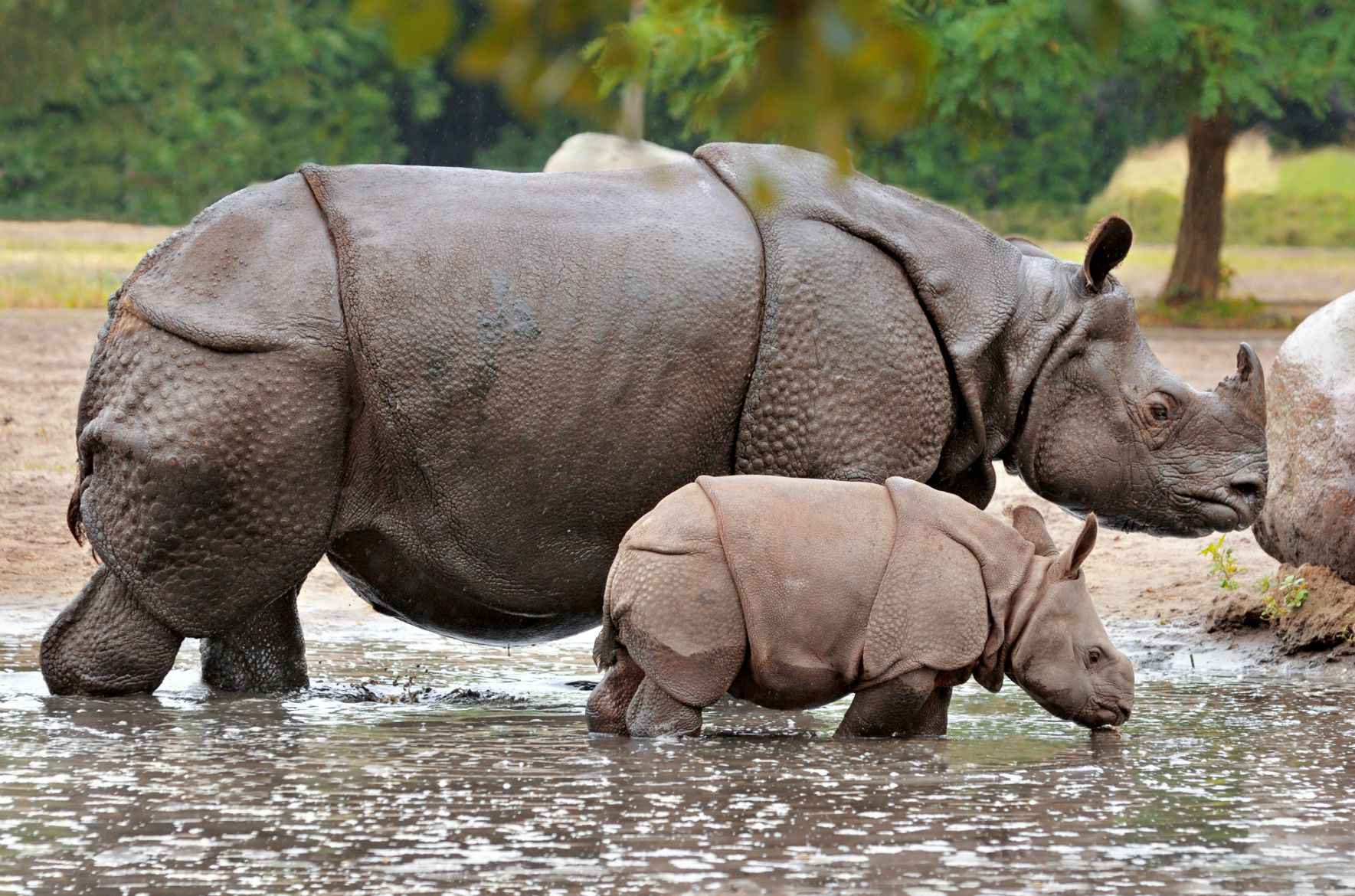 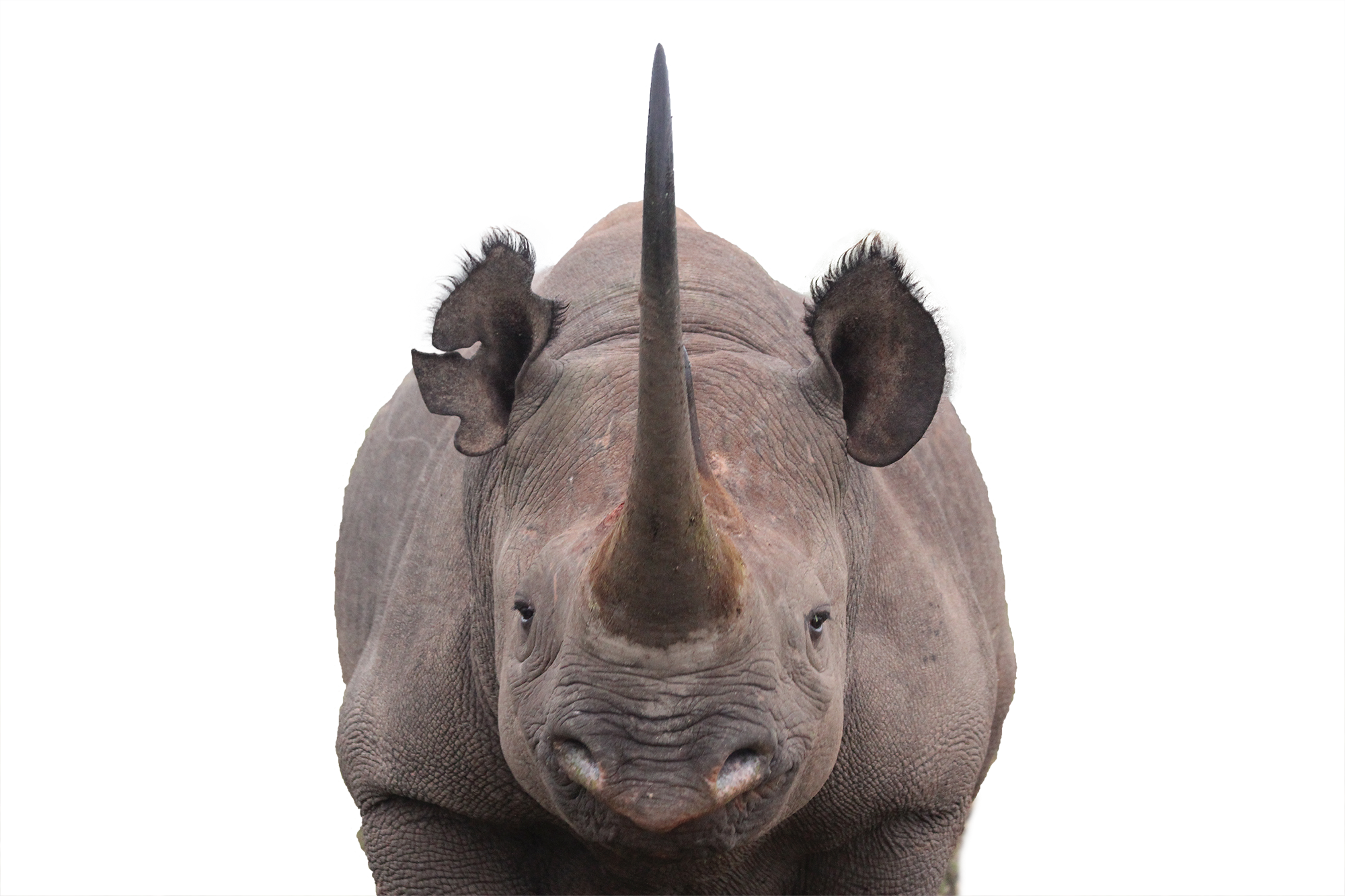 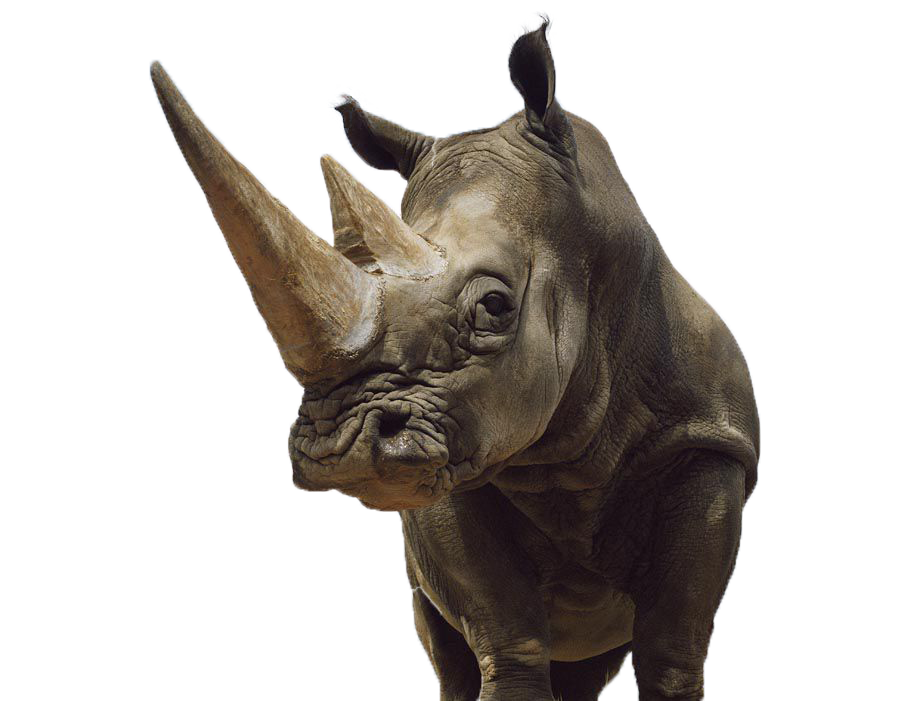 Black rhinos, white rhinos and Sumatran rhinos have two horns. Javan rhinos and greater one-horned rhinos have only one. On the black rhino, the front horn can grow to 20 to 51 inches (51 to 130 centimeters), while the rear horn can grow to about 20 inches, according to the International Rhino Foundation. A white rhino's horns are slightly smaller, and a Sumatran rhino's horns are about 10 to 31 inches (25 to 79 cm) for the front and less than 3 inches

According to the Integrated Taxonomic Information System (ITIS), the taxonomy of rhinos is: 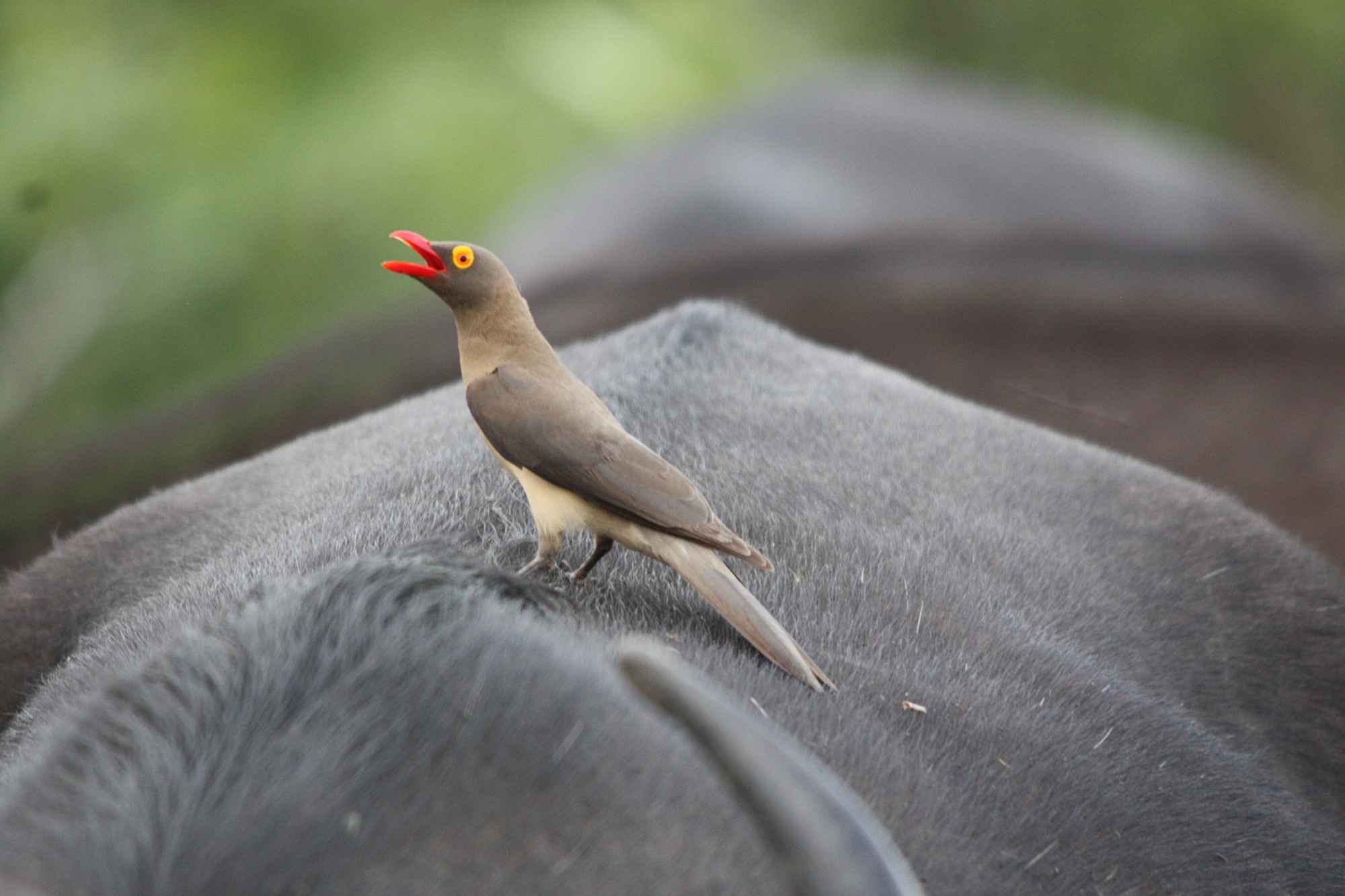 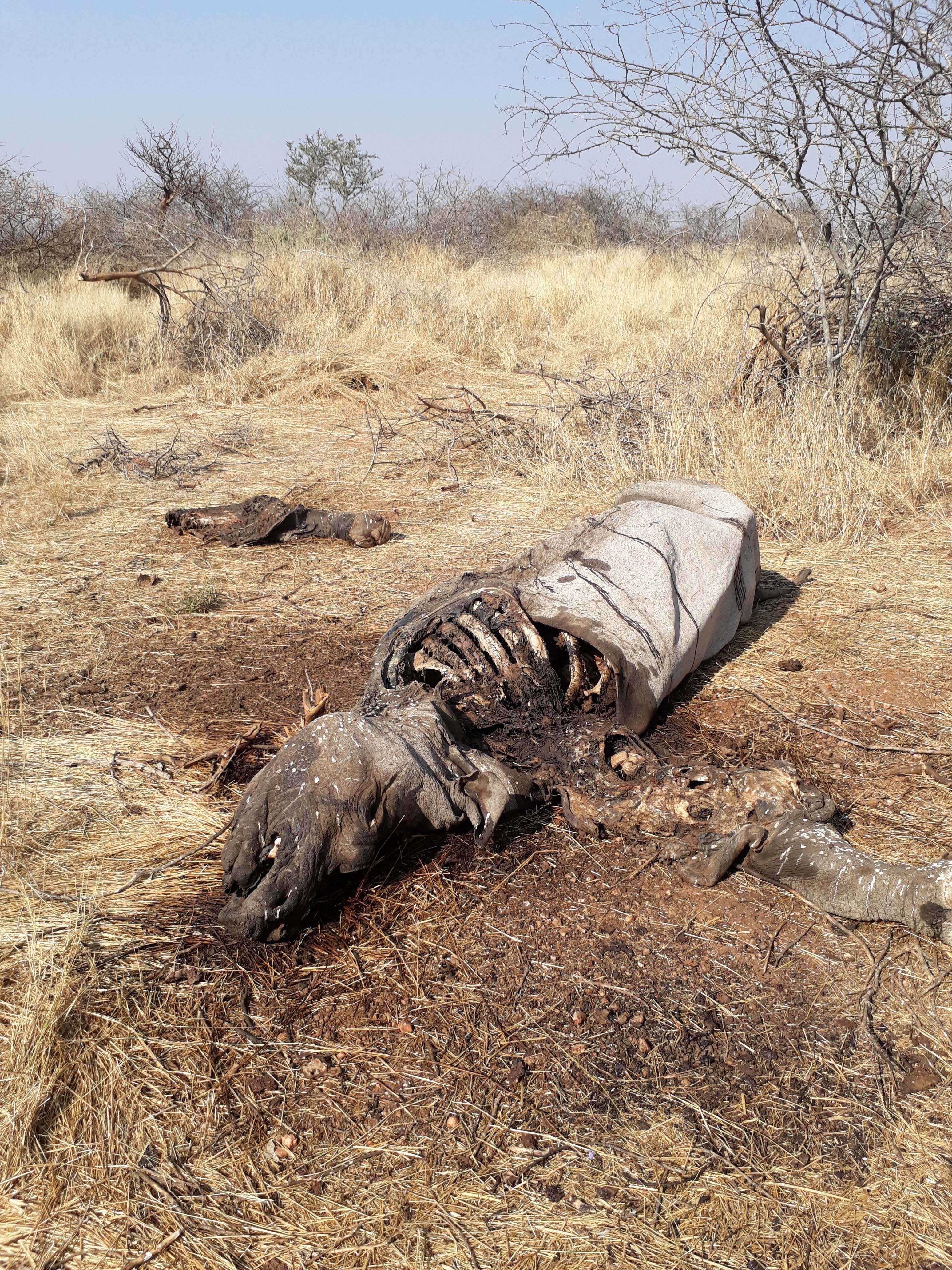 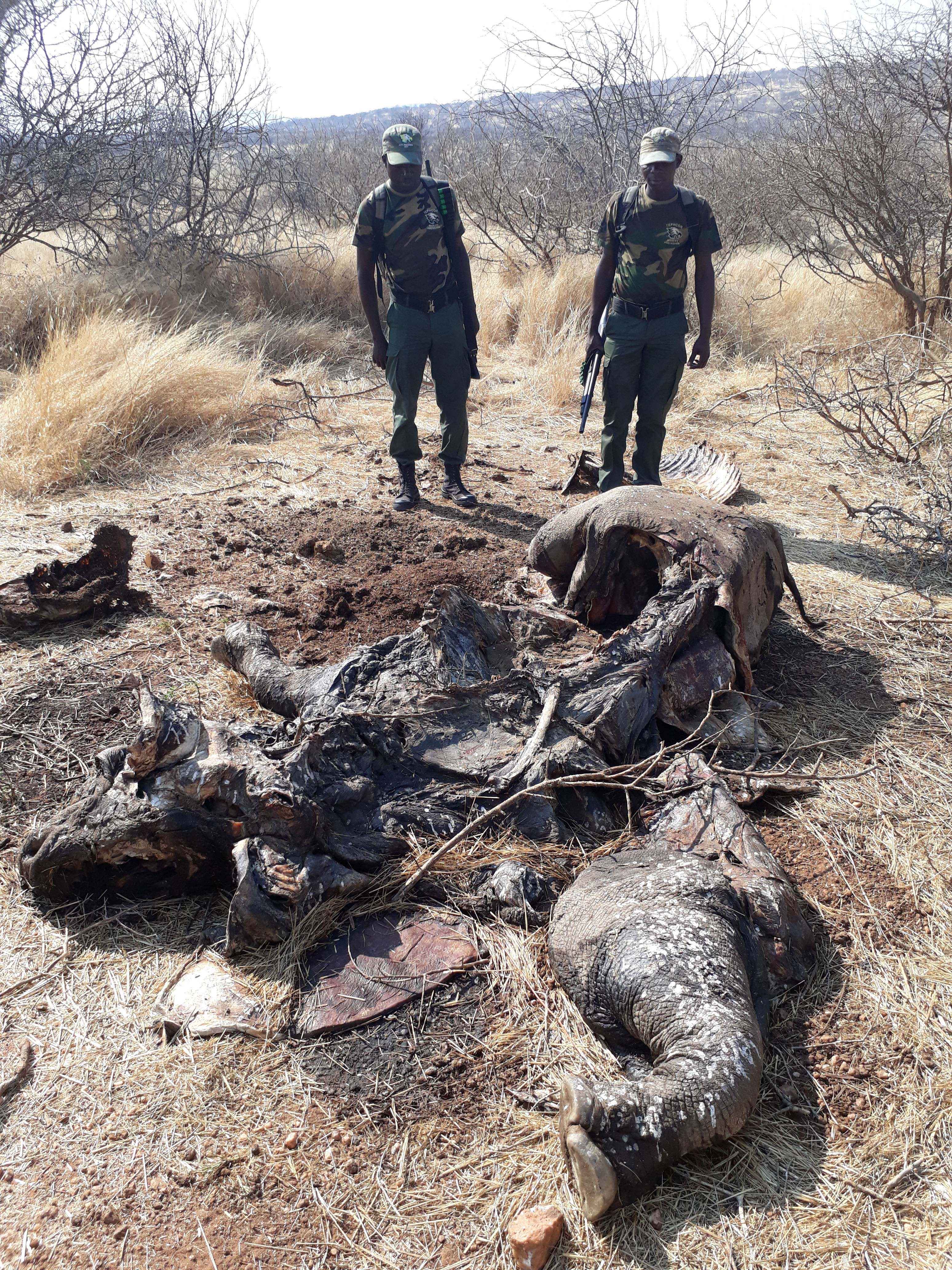 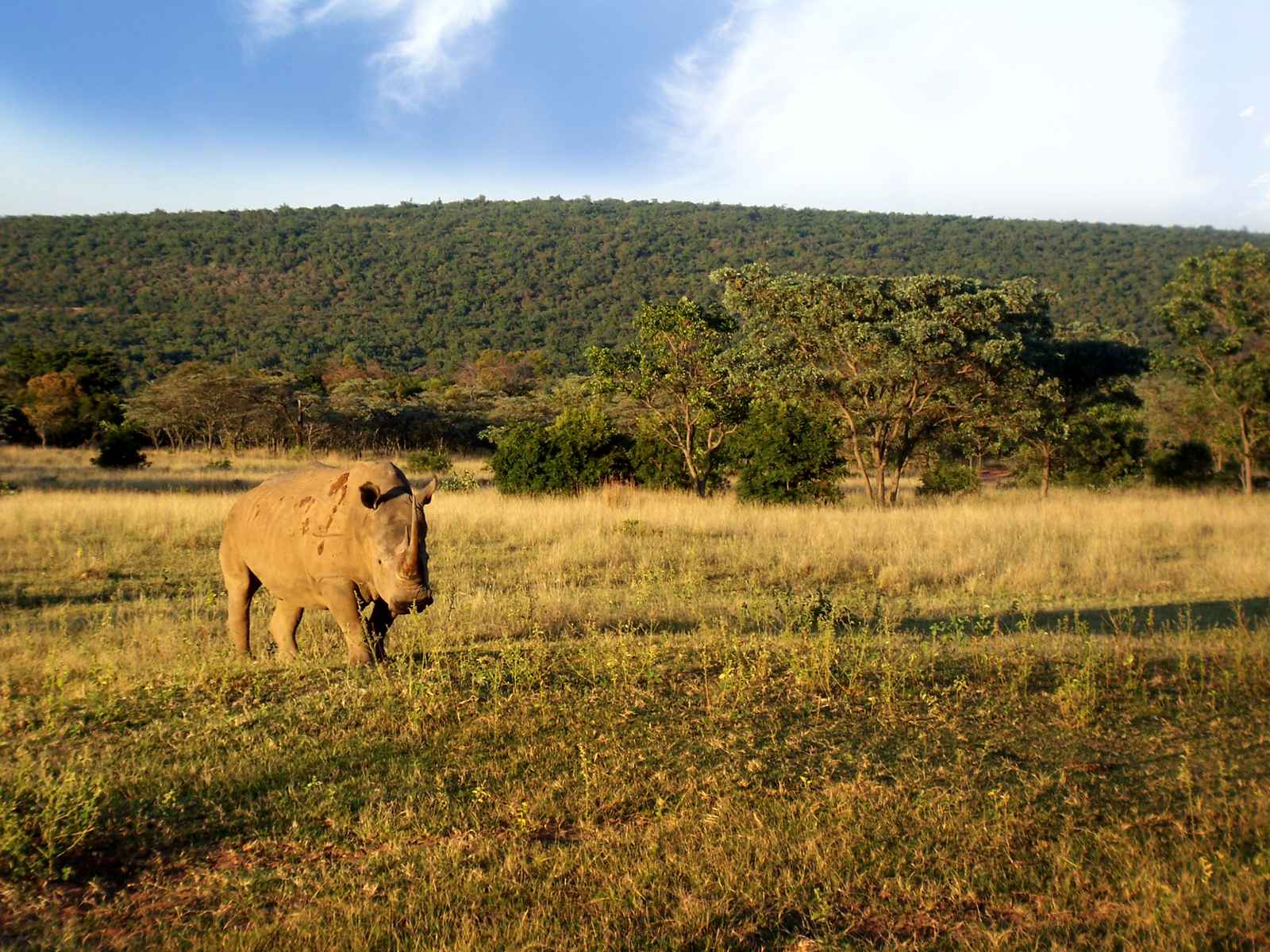 Namibia Wildlife Protection (NWP) is a Namibian company operating from its Head Office in Windhoek.  We provide anti-poaching security solutions to the Namibian private and business community and see ourselves as one of the industry leaders in protection innovation. Excellence in service delivery and the implementation of strategic plans are fundamental to our success. 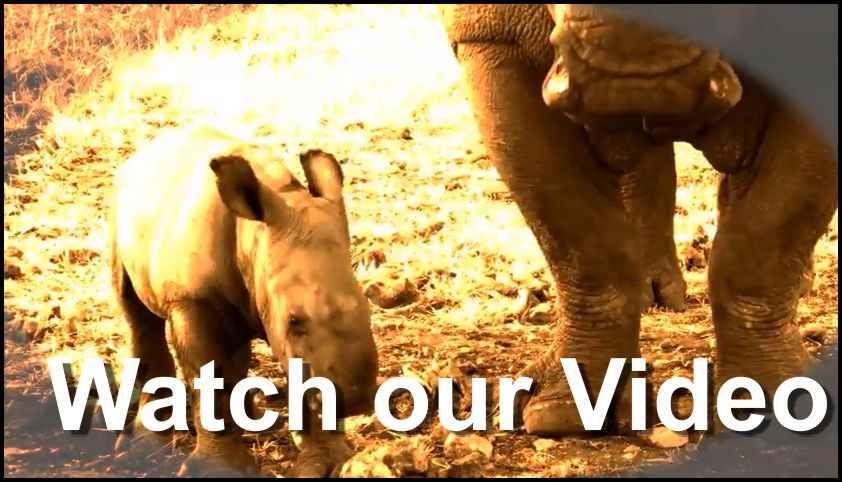